A limited edition model of Emirates Stadium, Home of Arsenal. 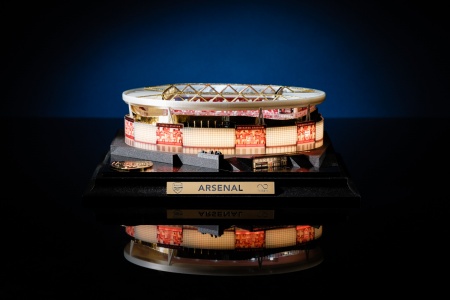 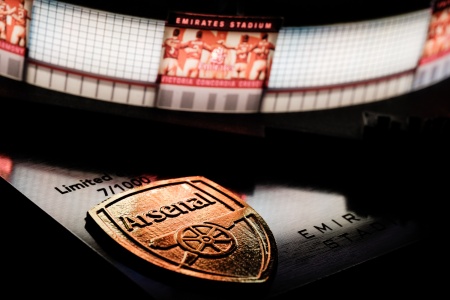 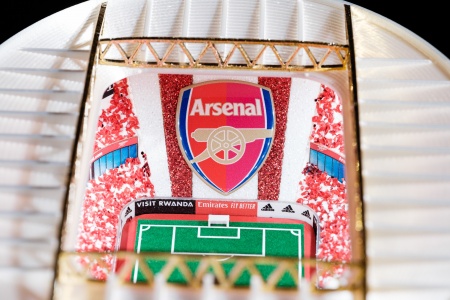 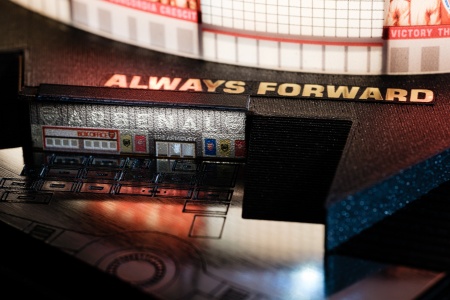 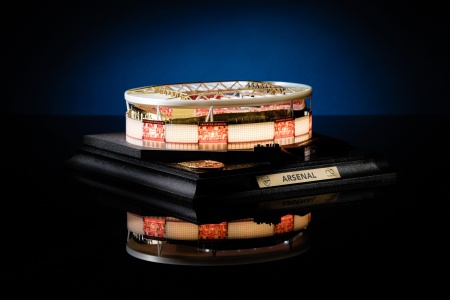 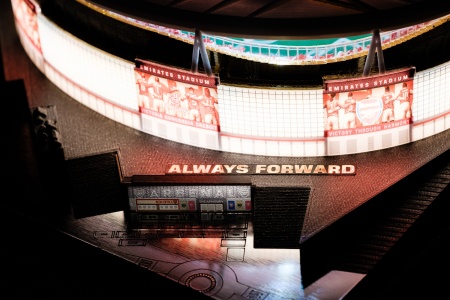 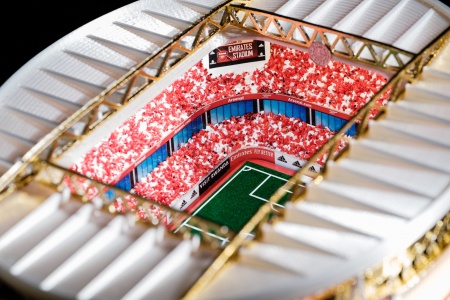 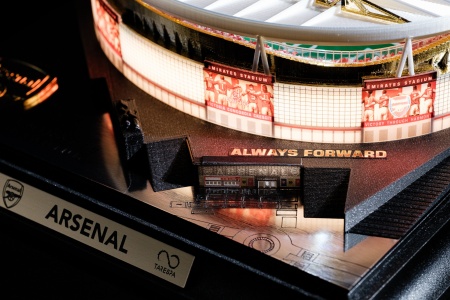 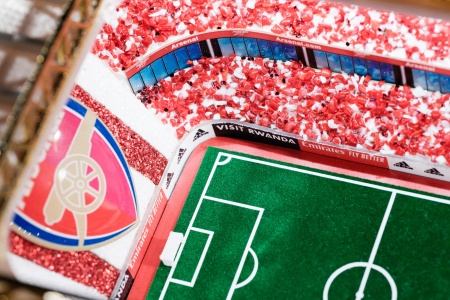 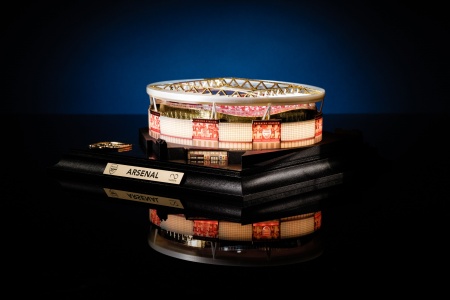 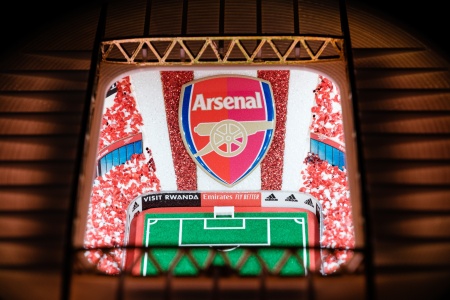 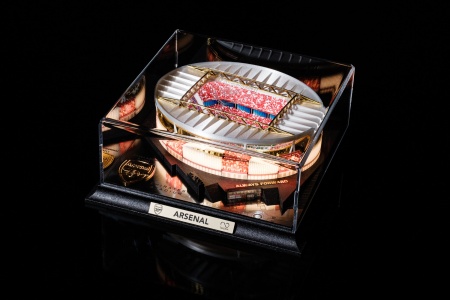 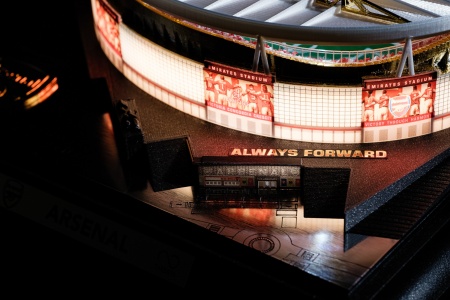 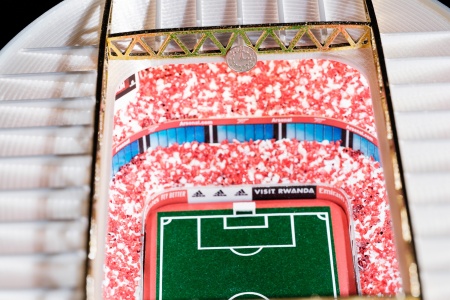 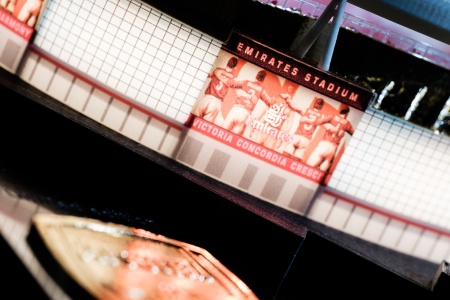 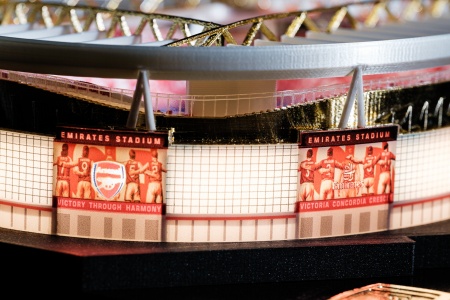 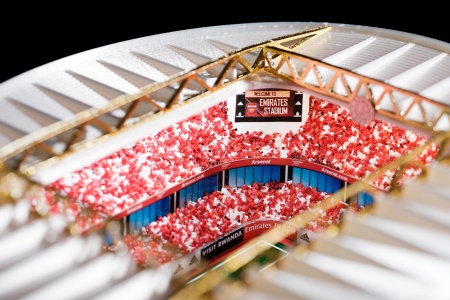 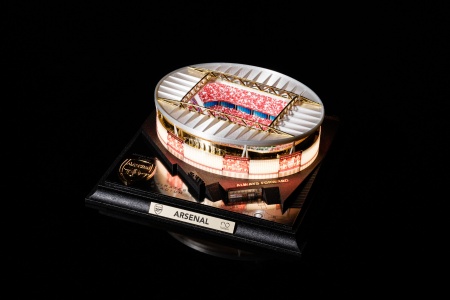 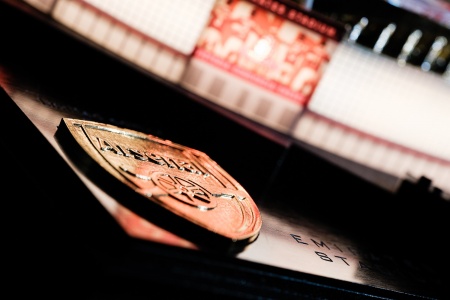 Emirates Stadium was built in July 2006 in North London, fewer than 300 meters from the former legendary Highbury Stadium (1913-2006).

The first match at Emirates Stadium was held on 22nd July 2006 for Dennis Bergkamp’s testimonial match against his former club, Ajax.  The official opening was held several months later, on 26th October 2006, in front of the members of the British royal family.

Short History of the Emirates Stadium

The pitch at the Emirates is surrounded by red-seat stands with a pattern of a white cannon, the symbol of Arsenal, in the lower part of the stand opposite the entrance tunnel. This decoration was added during the so-called arsenalization in 2009 when, following a discussion with fans, the management embellished the stadium so that it felt like home to the supporters. Another part of the project was an installation of murals of 32 Arsenal legends on the exterior of the stadium.

In 2010, the individual stands were renamed to the East Stand, West Stand, North Bank, and Clock End after the stands at Highbury, the original home ground of Arsenal. A historical clock from Highbury is placed above the Clock End.

During celebrations of the 125th anniversary of Arsenal in December 2011, statues of three of its legends – former centre-back and captain Tony Adams, all-time leading scorer Thierry Henry, and former manager Herbert Chapman – were installed in front of the stadium.

With a capacity of 60,704 it is the fourth-largest football stadium in England after Wembley Stadium, Old Trafford, and Tottenham Hotspur Stadium. 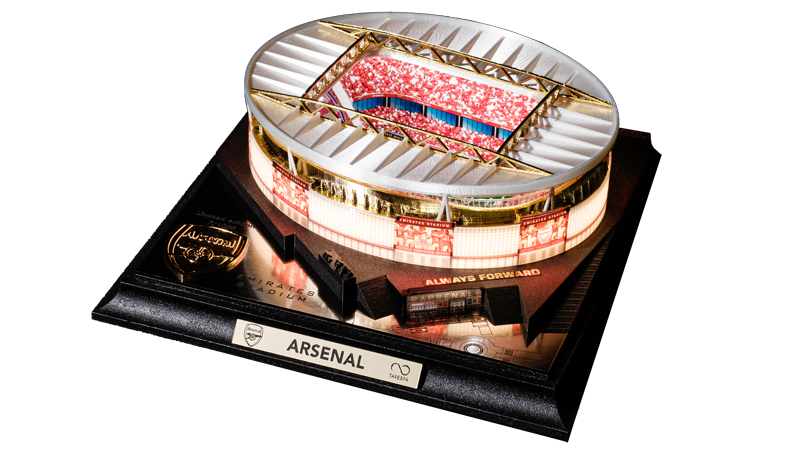 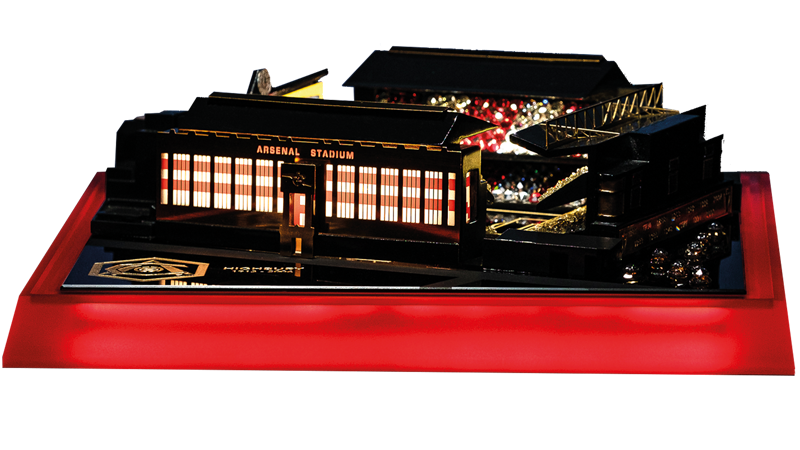